What is special about multiturn encoders?

Multiturn encoders can measure angles over 360°. Our range includes absolute encoders with analogue outputs that can measure angles up to 43 bits. Some variants can be parameterized by the customer on site. This means that the electrically effective angle of rotation and the direction of rotation (CW / CCW) can be programmed in the field.

For demanding applications, technical product adaptation is often required. MEGATRON is your specialist for these cases. Within the scope of our consultation we decide with you the optimal product for your "design in". With high delivery reliability and assured quality products, we focus on long-term partnerships and accompany you throughout the entire service lifetime of your application.

Most encoders that output their angle information as an absolute value can only measure a maximum of one full shaft revolution, since the output value is repeated every 360°. However, it is often not sufficient to measure angle information for only one revolution. If, for example, a mechanism only reaches the end of its range of motion after several rotations, a sensor is required that can measure several rotations. The sensor must be able to "remember" how many rotations it has already completed so that the position of the mechanism within its setting path or setting angle is known to the control electronics. In these and other applications, only multiturn potentiometers were previously available. A great advantage of programmable multiturn encoders is that the start and end position can be programmed in the field in relation to the position of a mechanism. For example, the ETA25PM multiturn encoder can be programmed up to 10 000 times, can measure angles up to 72000° (200 shaft revolutions) and can also be used as a multi-programmable single-turn encoder.

Basically, a distinction must be made between whether such an encoder loses its information about the angle of rotation when the supply voltage fails, or whether it can detect rotation even in a voltage-free state. This will be discussed following.

Many modern magnetic encoders use Hall sensors to measure the angle. A magnet is placed over a sensor chip which measures the orientation of the magnet (for details on the sensor technology, see Absolute Encoder Guide). This can be achieved, for example, by a singleturn encoder with extended functionality, which processes the number of revolutions as well as the angular position. Another possibility is the use of a reduction gear, which is designed for a certain number of revolutions and uses singleturn encoder electronics to detect the angle.

So that the information about the number of full revolutions and thus also the correct angle information can be output again exactly after a currentless state, so-called "True Power On" multiturn encoders are used. For example, the HSM22M series offered by MEGATRON guarantees this.
This model offers the possibility of programming the voltage output according to customer-specific requirements. A simple method is to define the desired signal curve by means of interpolation points. Please contact us for more detail information about the possibilities of this technology.

Hall encoder in Ø36 mm metal housing (up to IP67) with numerous electronic, mechanical and software options

Hall encoder with battery- and gear-less true-power-on technology, up to 43 bit resolution, CAN-bus or incremental output, solid or hollow shaft

Rotary encoder with solid shaft and flange mounting in compact design (14.5 mm housing depth) as single or multi-turn variants and many electronics options

Customer programmable encoders with up to 72,000°, analogue output and IP66 in Ø25 mm housing 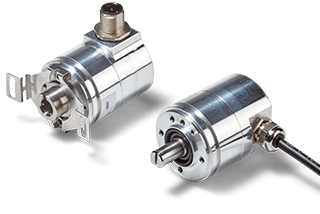 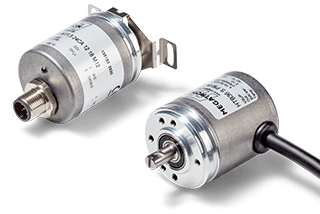 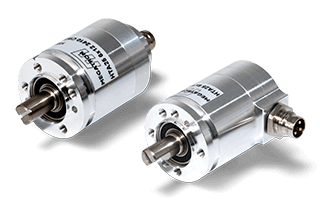 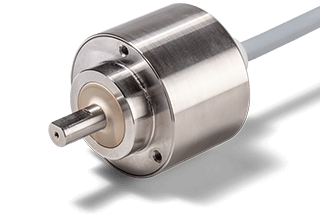 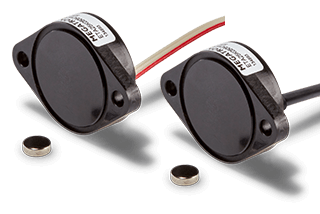 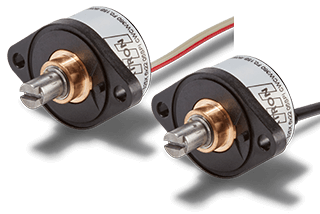 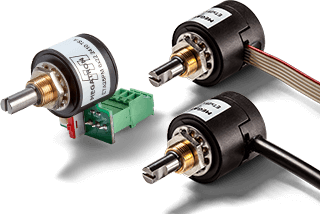 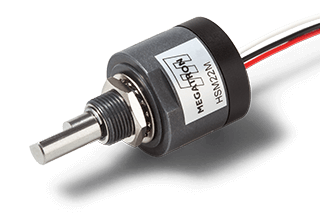