Guide to these sensors

Basic questions about linear sensors? Here you will find the answers

Magnetostriction is the deformation of magnetic, especially ferromagnetic materials as a result of an applied external magnetic field. The displacement sensor consists of a measuring rod with a ferromagnetic wire waveguide, a movable permanent magnet, signal converters and electronics. The measured values are recorded without contact. The displacement measurement is based on a transit time difference measurement between two points.

A short current pulse at the speed of light (299,792,458 m/s) is triggered in the measuring rod. The current pulse generates a circular magnetic field around the waveguide. The movable permanent magnet is placed just above the measuring rod to determine the position. The generated pulse magnetic wave meets the magnetically right-angled field lines of the permanent magnet. The magnetic fields overlap and a torsional-mechanical-elastic density wave (Wiedemann effect) is generated in this area in the waveguide. The mechanical density wave moves at the speed of sound (2,850 m/s) to the inductive signal converter, which converts it into electrical signals (Faraday effect). Between the generated current pulse and the arrival of the density wave in the electronics, the time required and, based on this, the distance to the permanent magnet are determined. The distance information is usually output as an analogue signal.

Our magnetostrictive displacement transducers use an innovative form of density wave - a shear wave. The design changes to the transducer combined with this shear wave result in a much better signal quality, allowing much higher accuracy than conventional systems. The optimized sensor technology also has a positive effect on vibration, shock and EMC performance. As a result, the transducers are much more robust and comply with numerous standards.

Numerous technological advances have been implemented in MEGATRON's newly designed magnetostrictive displacement sensors. Particularly noteworthy is the significantly improved signal quality and associated accuracy. In addition, the effects of shock, vibration and EMC influences have been reduced to a minimum.

Advantages of the technology: 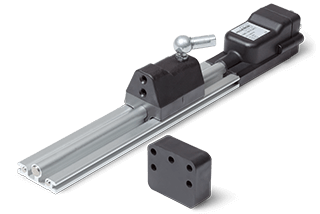 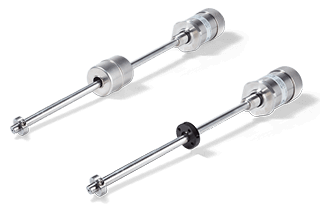 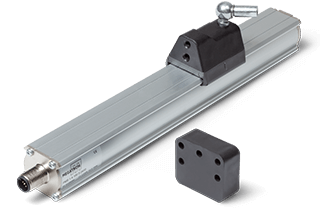 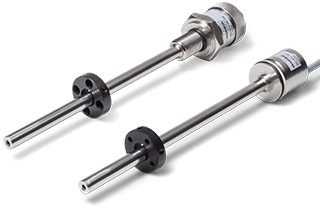 Magnetostrictive linear sensors are robust, absolute measuring systems with a resolution of up to 2 µm. The measured values are made without contact, so the sensor has an unlimited life and is wear and maintenance free. Shear wave technology and innovative design minimize the effects of shock, vibration and EMC.

Our magnetostrictive linear sensors detect mechanical measuring distances up to 2000 mm (longer measuring distances on request). They are used in hydraulic applications with high pressure up to 500 bar as well as in automation or level measurement.  The slide-guided or free-floating position magnets open up a wide range of applications.

Some demanding applications require product optimization. MEGATRON is your partner for this adaptation process. With high delivery reliability and assured quality products, we focus on long-term partnerships. Our aim is to provide each customer with the best functional and economic result.