ETx25K kit encoders are used for reliable angle measurement from a shaft which is installed in the application: as single turn variant (360°) with analogue, PWM, incremental, SER or SPI output, or as a multiturn variant (up to 72000°) with analogue output. ETx25K can be used up to medium environmental requirements (IP67)

Like all encoders of the ETx25 class, the ETx25K family is part of this sensor platform. What these rotary encoders have in common is the contactless angle measurement, the high reliability, the long lifespan and the independent linearity of up to ±0.3%.for single turn and 0.05%@3600° for muliturn variants.

The ETx25K kit encoder in Ø25 mm housing is fastened by means of two pieces of M3 screws (screws not included in delivery). The compact design is characterized by a very small housing depth, with only 8 mm. The magnet is positioned on a shaft in the application facing the front of the ETx25K housing. There is no mechanical junction between the magnet and the encoder housing, so the encoder can be decoupled positioned from vibrations and thermals of the application. So, the ETx25K kit encoder technology is superior in comparison to potentiometers with hollow shaft, in terms of maximum permissible actuation speed, lifespan and resistance to vibrations and shocks. To protect against ingress of liquid and dust, there is in the front housing of the ETx25K a circular groove for an optional O-ring, which is inserted between the mounting panel and the encoder. Electrical connection options like round or flat ribbon cable complete the profile.

It can be chosen between following electronics:

The modular design of the ETx25K family offers the possibility to choose between different electronic variants with different voltage supplies as well as electrical interfaces. For example as interfaces it can be chosen between current and voltage outputs, SER / SPI, incremental or PWM outputs. The large number of standard variants can be also adapted or expanded with customer-specific solutions. As a result, hundreds of possible combinations can be combined and ordered. Popular options are, for example, the change of the sense of rotation from CW (clockwise) to CCW (counterclockwise), user-defined rotation angles. 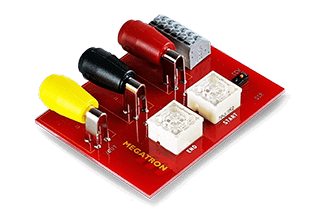